Hero Worship: The new validation in the political landscape

Admiration is one thing but unrealistic and unchecked obsession is a growing modern-day social and psychological problem amongst the youth. It’s almost akin to a dopamine effect. However, the impact of this dopamine effect becomes manifold when hero worship spills over the political landscape and people seek validation from celebrities for local and global issues. Is validation today manifesting itself in the form of a tweet or two? It is.

Hero worship is as old as the entertainment industry and pop culture. Celebrities have become an integral part of our culture. They range from sporting heroes, musicians, singers & the stars of film and television. It’s difficult for a celebrity to step out in public without being recognised. The paparazzi follow them around to snap prize photographs of them. Magazines pump out loads of articles about Hollywood actors, and famous people’s lifestyles.

In an unnatural turn of events, there is this growing need and validation from celebrities on local and global issues. Even though the celebrities may not be aware of these issues of concern, have not been empathetic to them, may have no meaningful long term interest in such issues and above all, they have no sustained action and contribution to address those issues.

What does this mean in the 21st century? Have we become more inclined to listen to a few random statements and posts of celebrities at the cost of well-articulated and evidence-based judgments and work by specialists and others who work under shadows locally with communities?

The Rihanna tweet on the Farmer’s protests on February 2nd 2021 was just one of the many examples in recent times where ordinary citizens celebrate such acts of celebrities no matter what context they are coming from. In this case, coming from a non-thorough and articulate background. While showing sympathy and empathy with the aims of protests is but natural, we must ask ourselves if blindly following a tweet or a status update worth the validation?

Greta Thunberg was also one of the international figures who shared a post on toolkits. While toolkits are compact sources of information, the context of everything differs from one issue to another. In this age of social media activism, anything and everything is passed as news and oftentimes, very biased. Social media manager Christina McDermott stated: “Toolkits aren’t bad things per se. In fact, for topics such as the farmers’ protests in India, I’d say that they’re a great way of providing context and educating a Western audience who may not be as aware of what’s happening there, or in the Global South as a whole. However, they’re extremely prone to bias – you’re often guiding your audience towards news articles or resources which reflect one particular view on a situation which could lead to an oversimplified analysis of a complex political situation. Opinions on social media are very often black and white, unlike politics which is full of grey areas.”

As citizens of the world’s largest democracy, how many are aware of the local issues themselves and take actionable steps to address the same? In a globally connected world we will have opinions on everything from Donald Trump to Black Lives Matter to the coup in Myanmar, and yes, the farmers’ protests in India. Rihanna is neither India’s Enemy No. 1 nor is she some newly-minted patron saint of rural distress.

Grete Thunberg is a young climate activist. Have we looked further to understand that her goal and passion are not in line with the way farming takes place today in India? Ironically, those farmers are no exemplars of climate change mitigation, not by a long shot (stubble burning, heavy groundwater extraction and the likes).

Would you like to follow the lead of a crime reporter on a crime of manslaughter or refer to status updates of your favourite pop star?

Would you like to refer to a child psychologist who has years of experience in understanding trauma among children or look up tweets of your favourite film actor on the same?

The question to ask is: Who are we seeking validation from and why?

The answer of “but celebrities posts and tweets generate much-needed publicity” is very problematic because it just shows our lack of awareness of local and global issues. If it takes one tweet to suddenly wake you up from absolute disinterest due to privilege, it reaps shallow living. There is no denying that Indians love spectator activities from sports to movies. However, seeking validation from celebrities in the political landscape is questionable and very concerning.

As Daniel J Boorstein stated “Celebrity-worship and hero-worship should not be confused. Yet we confuse them every day, and by doing so we come dangerously close to depriving ourselves of all real models. We lose sight of the men and women who do not simply seem great because they are famous but are famous because they are great. We come closer and closer to degrading all fame into notoriety”. 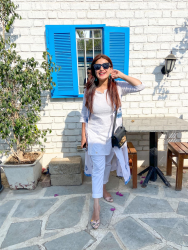 Stay up to date with the latest on The Wonk, delivered straight to your mailbox

Get our best delivered directly to your mail

Happy Social Media day or what our parents like to call it “Ghus jaa; haan ghus jaa iss…

Record number of people sign up for Veganuary challenge 2021

Veganuary is a UK-based non-profit organisation that works for promoting veganism. They started the “Veganuary” challenge in 2014…

Railways to bring reminiscences of ‘kulhad’ back. Kulhads to replace plastic cups at Indian railway stations

For the first time in US history, the entire senior communications staff will be women. “I am proud…
Total
0
Share