Spotify has begun rolling out its own hands-free voice assistant, allowing users to activate the app on their phone and control their music via voice commands. 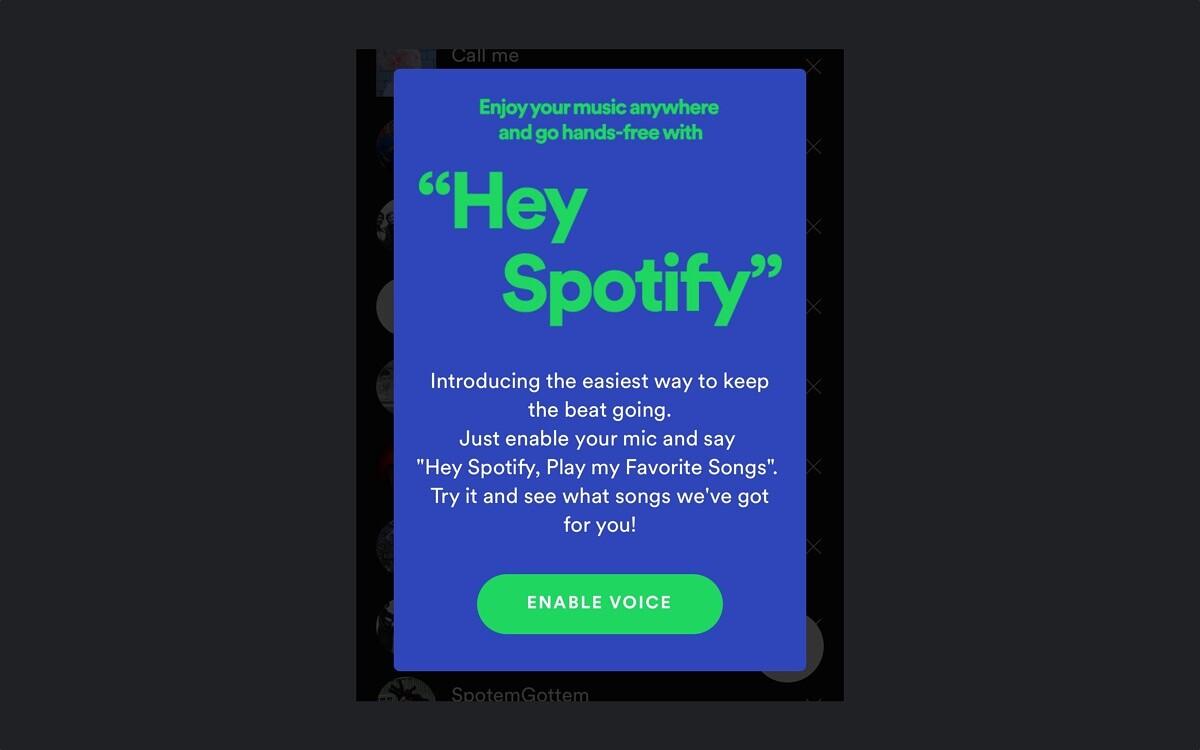 With the availability of Alexa, Siri, Google assistant, most of us are now in the habit of using this ultimate luxury that just works on our voice. All these artificial intelligence assistants have now become an important part of our lives and are our latest cravings. We try to search for everything that provides us the similar comfort where we can get what we want just by asking it. Spotify has understood this demand of its customers and therefore is coming out with its own hands-free wake word: ‘Hey Spotify’.

Spotify has yet not officially announced the new addition, despite numerous reports indicating the voice option. The feature was showing up in many Spotify users’ app, leading to confusion about the feature’s availability. The feature is being rolled out on both Android as well as iOS.

How will the new feature work?

It is important to note that the in-app voice assistant’s function will only be limited to Spotify and there will be no other applicability of Spotify’s ‘Hey Spotify’ voice assistant unlike Siri or Google Assistant. Also, this function is not going to work like native voice assistants built into the mobile phone because the user will need to leave the app open in order for the function to work. The function will not be working for the users with the app running in the background or the mobile phone being in sleep mode.

Also, users need to grant Spotify permission to access their microphone if they want to use the feature. The hands-free ‘Hey Spotify’ feature is surely the easiest way to keep the beat going. Once the feature gets enabled users can ask for artists, albums, songs and playlists by name, as well as control playback with commands like stop, pause, skip this song, go back and others.

In order to enable the feature, you can follow the steps given below:

Spotify in recent times has been rolling out new features and updates in order to establish a hold of the ad-targeting space. Through this new feature, the company might continue to use this data to improve the services of the feature, develop new voice features and even target users with relevant advertising.

We are, The Wonk

This #august we are coming through with…..
Khushboo Kapoor recently recovered from COVID-19. She believes that it was Yoga and meditation that helped her recover well. #thewonkpeople #thewonk #love #healthylifestyle #goodhealth
Our new website will be launched on the 1st of August! We hope you all are as excited as we are.
Loud and clear! Tokyo Olympics 2020 has proudly become the “first-ever gender-balanced Olympic Games in the history”.
Friends that act together, stay together, forever!
Have you seen these ads on social media lately, of games that are absolutely obnoxious?!